Here is this fascinating little encounter between Jesus and a dad. He has a boy who is under the influence of a demonic spirit. Nothing makes a parent feel more powerless than when they can’t help their own child. Of course Jesus steps in and sorts out the problem. A simple rebuke of the demon and it’s over. The boy is “healed from that very moment”.  What a result! What transformation for a family!

However there is a sub-plot to this encounter. This was the second time the boy’s dad had asked for help. Remember, he said to Jesus: “…I brought him to your disciples but they couldn’t heal him…”. So, what else is going on? Jesus is about to help his own friends see something that they needed to see.

You can picture the scene. After dinner that evening, when the crowds have all gone home, the guys approach Jesus with the question:

“…Why couldn’t we drive it out?…”. Think of their frustration. “We did exactly as you told us to. We said the same words you say. But nothing happened. What’s that all about?”

Jesus, never one to miss a discipleship moment replies straight away: “…Because you have so little faith…”. Let me say that again. Jesus says to his best friends, those who he has empowered to do the works of the Kingdom – those friends! He attributes their lack of ability in that moment to their lack of faith. “…You could not do it because you didn’t have enough faith…”

I read that and think: “Wow Jesus, couldn’t you be a little more pastoral and gentle. After all, you don’t want to discourage them and leave them feeling condemned”. He doesn’t seem to be too concerned with that idea. Rather, he gives them a remedy that has been relegated to the footnotes of most English translations of the Bible. However, there is a strong case to reinstate that footnote as the next verse. “…But this kind does not go out except by prayer and fasting…” (vs 21).

What is “this kind”? Perhaps the obvious meaning is “this kind of demon spirit”. Or perhaps, in light of the lesson Jesus is giving about unbelief, he is referring to “this kind” of unbelief present in his friends. Whichever way you take it, the problem was not the demon spirit, but unbelief. The solution was “by prayer and fasting”.

This subject has caused so many people, myself included at times, to tie themselves up in knots. You see to a legalist, or somebody who carries a weight of guilt and shame (illegitimately, I might add), then a statement like that will drive them into a hole of introspection, self-analysis and despair. But we are not legalists or full of shame, are we?

A son, or daughter, of God who hears a statement like that will draw near to God and say: “Lord, show me. I want to see. Help me grow in faith.”  Although it is prickly, we just have to grasp the nettle and own up to the fact that sometimes, maybe just sometimes, we don’t see what we are asking for (in multitude of arenas), and praying for, because we lack faith. We’re failing to see what God sees.

What an invitation to seek him. Let’s pray and fast into greater faith.

This evening we are praying in Ham. Last year we celebrated our 5th birthday. There was much to be thankful for. It has been quite a ride for us all! The nature of pioneering is that one has to break ground in order to plant or build. It is quite simply: hard work. Added to this is the undeniable reality of spiritual warfare. Whenever you raise a flag for Jesus, you step into a battle zone. We have, at times, felt the heat of that battle intensely. This has not been without effect on an amazing congregation of Jesus lovers. Last year was a particularly bruising year. We begin 2019 seeking the leading of our Good Shepherd to “restore [our] soul” and lead us to and through the doors of opportunity for effective ministry in Ham.

Our prayer points for the day:

Thanks so much for standing with us. There is great encouragement and strength in the KingsGate family. 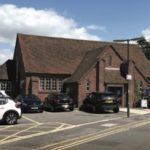 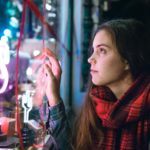