It has been reported widely that, following fighting across the Middle East, vast numbers of people are embarking on long and dangerous journeys to Europe. Greece is dealing with a refugee crisis and an economic crisis simultaneously. 2 groups from KingsGate went to volunteer for a week in Athens, Greece, in October 2016.

Our link was Stavros – head pastor of the Greek Christian Centre. We worked in a distribution centre and a government building where refugees applied for official papers. We sorted clothing and put together food aid boxes in the distribution centre. In the government building we volunteered at a children’s daycare room and gave out sandwiches and water to people waiting to be interviewed by officials.

We met Rose through the distribution centre. A Kenyan Refugee, with practically nothing, she has been feeding thousands of Syrian, Afghan and Iraqi refugees and basically anyone who needs help. Rose has been using food aid parcels she’s acquired from local organisations and individuals to cook for many hours a week in a postage stamp sized kitchen in her flat using whatever containers she has to feed refugees around Athens. She saves all the money she can from her cleaning job to hire a van once a month to deliver hot food and other general aid to the surrounding refugee camps.

Rose would love to do more and take food to the refugee camps more than once a month but doesn’t have the resources. I saw the difference Rose made when a group of volunteers and I went to the refugee camp to serve a hot meal, refreshments and play music and colouring books with the children. It turned into a full on dinner and disco, and was a truly amazing time. Blown away by Roses selfless determination and resourcefulness I asked her why she was doing this. She simply said “How could she not!”. Now that I’ve met Rose and now that I’ve seen this, how can I not respond?

So I’m inviting you to join me in taking action. You can pray, fund raise, donate a raffle prize, donate an auction prize or make a donation in the run up to The Rose Ball on Saturday 8th April at 7.30pm. Come and hear more about the situation in Athens, the time we spent there, about Rose, and how you can be involved and help. I found meeting Rose a sobering reminder that it doesn’t matter who you are, where you are or what you have, with faith, determination and joy it is possible to have a significant tangible impact on the lives of many. 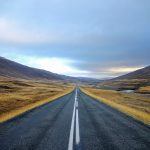 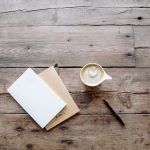