A good place to start would be to read Matthew 27:32-50. Read it slowly. Place yourself in the story. Be present there.

Jesus died on Friday. Please stop reading for a moment and let that sink in….

The carpenter-teacher from Nazareth who went around doing good and speaking a message of love died. This prophet-like character who referred to himself in cryptic terms and aligned himself with Israel’s ancient hope and expectation died. This rabbi-healer who sat with, wept with, and ate with the poorest, the socially rejected and religiously unclean died. This teacher who gathered crowd of thousands eager to hear what he taught died.

On Friday the stage is set for the collision and collusion of some powerful forces. all jostling for position and influence. All playing out their part on a stage they thought they were in control of.

There was Rome. The most wide-spread and powerful empire up to that point in history. Jesus was a threat to Rome. Strange that a carpenter from Nazareth would be perceived to be dangerous. But the empire needed stability and this carpenter and travelling preacher was causing yet another stir. By his speech and actions there was an emerging claim of Messiah.

At the time there were several views about the promised Messiah king, but all of them agreed that he would be good for Israel and trouble for Rome. Trouble for Rome meant disruption of the supply chain of grain that kept the empire fed.

Then there was the crowds. And Jesus could pull a crowd. He amazed them at his teachings. He delighted them with his healings. He frightened them with demonstrations of power over the demonic realm. He announced a coming Kingdom. He also confused them by speaking about his death and not doing very Messiah-like things. Every now and again he spoke too positively about gentiles But, besides that, he was pretty amazing. In case he got cold feet, they could always make him king by force. Whatever the case, they finally had a fulfilment of a promise from God!

Lastly, there was the religious leadership. Their motives for killing Jesus are summed up perfectly in John’s gospel: “…If we let him go on like this, everyone will believe in him, and then the Romans will come and take away both our temple and our nation…”. With that, their position of power and control.

The temple was historically the place where heaven invaded earth. It was the sacred space where God would meet with man. It was a unique place. The religious leaders were the gatekeepers. Jesus’ threat was unique. He had claimed that the God was present in him and not the temple. It was now through him that God’s presence was available to all. If this was true, what role would they have? Jesus had to die.

It appeared that Jesus died at the intersection of all these opposition forces and agendas. It seemed that this preacher and worker of miracles just stepped on the wrong toes and became a victim of agendas beyond his control. Or was he?

It’s probably some time after midnight – Friday has just begun. Jesus and his apprentices are in Gethsemane – the name literally means ‘oil press’. The place where oil is squeezed from the olives. Following Jesus will always lead us into a Gethsemane. Stop reading for a moment and think about that….Whatever your Gethsemane is presently, or will be in the future, Jesus has been there and he knows….

As the author John Ortberg says, at this point Jesus still has options.

He could fight. the crowds would rally to him. Think of the 1000’s who gathered around him in the countryside on several occasions. That crowd of 5000 near the sea of Galilee that he had miraculously fed. They would rise up.

He could call on God to be delivered from all this. He only had to say the word and command powerful angel armies. We see a brief glimpse of this veiled authority when the temple guards come to arrest him and fall to ground at the declaration of his name (John 18).

But he didn’t do any of these things. What did he do? He prayed. He prayed with such anguish and strain that Luke describes his sweat being like drops of blood (Lk 23:44) Some say that it was entirely possible that he experienced haematidrosis, a condition where blood and sweat are actually mingled under extreme anguish and strain.

He prayed the most raw and anguished prayer that has ever been prayed:

“…My Father, if it is possible, may this cup be taken from me…”

My Father, is there another way? Please let there be another way. This is the humanity of Jesus as its most vulnerable. Most exposed. Weakest. Try and imagine yourself next to him in that moment. What do you feel?

I believe that during that anguished prayer Jesus considered the outcome of his options.

If he rose up, said the word, rallied the crowds to him, and fought, a lot of other people would have died.

A whole legion of pagan Roman soldiers, mostly just boys from Syria working for the Roman government, would die. Jesus died to save those soldiers. Due to the unrest and disturbance Pilate could well have been recalled to Rome. His position was already tenuous. His patron in Rome had already been executed. There is nothing to say Pilate would not have been next. Jesus died to save a violent, cruel, arrogant Roman official. Rome would ultimately have crushed Jerusalem and any rebellion. How many in the crowds who rallied to him would die?

But here is the thing. Consider the crowds. He died for people who were disappointed in him, disillusioned by him, angry at him. He has said all the right things, but done nothing. He had promised a coming Kingdom, he promised liberation, but refused to make it happen. He died for that crowd who hours later would scream in anguish and frustration, pain and disappointment : “Crucify him!”.

If he did not die, a murderous rebel called Barrabas would die. Jesus died in the place of him.

If he fled to the desert, his dear friends and disciples would be rounded up as accomplices and be executed. Jesus died for his friends, his apprentices. Most of them, albeit well intentioned and sincere, did not understand him or his mission. Jesus died those who just didn’t understand him.

If he threw off the cloak of his humanity and stepped into his divinity, commanding angel armies to do his bidding, then a spotless, sinless man could never become a perfect sacrifice of atonement foreshadowed throughout scripture and pay the wages of sin for all humanity. He could not be the surprising Messiah who suffered once for sins, the righteous for the unrighteous, to bring humanity back to God.

But why did he do it?

John Ortberg says it beautifully: “Jesus outlasted, outmanoeuvred, and out thought every group, and every power. But not just that. Mostly, he just out-loved everyone. On Friday Jesus died for love. He said it was his choice. He said, “I lay down my life for the sheep…No one takes it from me, but I lay it down of my own accord. I have authority to lay it down and authority to take it up again…”.

Can anything good come from Friday?

Jesus died on a cross. The cross was the most humiliating and painful means of execution available to Rome at the time. The brutality of it was unparalleled. It was a symbol of fear and oppression. A symbol of dominant power. In Jesus’ case it was a symbol of terrible injustice.

But Jesus did the unthinkable and unexpected. He changed the cross to a symbol of the suffering love of God. A symbol so widely and universally recognised that no marketing guru has ever or will ever come up with something quite like it.

Can anything good come from Friday? I think so. 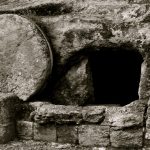