If you have followed Jesus wholeheartedly for any significant period of time, one of the few things I could almost guarantee is that, at some stage, you have found yourself angry with God.

At some stage we find ourselves confused by what we see – in the world, in the church, in the bible. How Can God allow this? How can God say this? Why did God not do that?

I’m not saying God is actually worthy of our anger. But in my experience, due to our brokenness and limited human perspective, we might find ourselves in moments where we’re angry with God.

Most children’s story books on Jonah leave out the fourth and final chapter. This means they often make him out to be the wonderful hero of the story that took a scenic [fishy] route to stardom and helped a whole city find God. Yay – what a champion!

Unless you read chapter 4.

If we think about it for a bit, we can really identify. In some way, shape or form, we can say: “Jonah – I get you mate! I feel you! Maybe not particularly with the whole Nineveh thing… But I know what that feels like! I’ve been there. I’ve felt that painful, frustrating anger and wrestled with it. I feel you.”

This story shows its literary brilliance through both what it does and doesn’t say.

This last chapter of Jonah ends so suddenly! The last sentence is a question from God that goes unanswered. At first, you might be paging around your bible looking for the missing chapters… Then, when you realise that’s it and there’s nothing further after the last word – “cow” – you’re wanting to know how things finish. Does Jonah deal with his anger? Did he eventually understand God’s perspective? Did he eventually see how gracious and merciful God was being with him? Did he live the rest of his days angry and bitter towards God? Did God’s little set up with the plant and the worm work?

These questions, much like God’s own question, go unanswered for us.

We often want the bible to be a manual with clear exhaustive answers to any and all of life’s questions. But it just refuses to be that. In this case, we’re reminded that the bible is crafted by ‘literary ninjas’ (thanks to Tim Mackie of the Bible Project for that phrase!) and the fact that it leaves the story feeling somewhat unfinished draws us in surreptitiously and subversively. As we are left pondering about Jonah’s anger, we find ourselves considering our own anger.

What does this text say about how to respond when we’re angry with God? I think there’s at least these three things.

In Chapter 1, when Jonah’s angry with God, he just flees and gets out of dodge. After a crazy storm, being chucked overboard, sitting in a great fish for 3 days, it seems that he’s learnt that that might not be the best response.

In Chapter 4, he’s still angry and frustrated and doesn’t agree with God’s actions. But, he does something I think we all need to learn to do in our times of being angry with God.

He draws near to God even when he wants to run.

“Is it right for you to be angry about this?”

God carefully crafts a whole  set up with a plant and a worm and a scorching wind and a beating sun… all to try and get Jonah to try and rethink things.

Any one of us is only one individual human. Our perspective is only the vantage point of one finite, limited, imperfect human. So often we get stuck there, and aren’t able to zoom out, or at least be aware that God has a perfect, eternal perspective.

God tries to get Jonah to reflect on why he is angry, to get curious about his anger, and to consider whether God’s actions could actually make sense from a bigger, broader perspective.

One the most important steps towards trusting God when we’re angry and don’t understand Him or His actions, is to remember the nature and character of God.

In our moments of wrestle, of struggle,  on confusion about what we think we’re seeing of God, we would do well to stop and remember what God is really like.

He is gracious – hearing and responding to the cry of the oppressed.

He is merciful and compassionate – a safe place, like the warm embrace of a loving parent.

He is slow to anger – sooooooo patient with us!

He is abounding in steadfast love – having pledged and committed his undying and unwavering love to us.

Wow.  That’s worth remembering and reflecting on when we’re angry with Him!

Here are some discussion/reflection questions for you or your Connect Group: 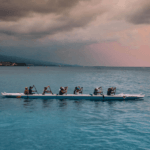 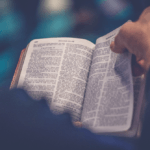