Prayer has been an integral part of probably every journey that every church, ministry or minister has ever taken, the Cobham story is just the same. We started praying over a year ago and we find ourselves meeting on Sundays – ministering, worshipping and praying together and our numbers are growing month by month. It’s exciting but it would be nothing without prayer! The Lord said to me that we should start praying again in Cobham and so that’s what we did and that’s all we did! Where we are now is purely down to the fact that we were obedient to God and expectant for him to meet with us.

This journey would be nothing without the presence of our King Jesus!

Cobham has a rich history of church life, in the UK it was home to one of the most influential charismatic churches some 20 years ago. We believe that the Lord has revealed to us that the spiritual wells have been blocked and as we’ve been praying and walking the streets these wells are starting to unblock and the living water of God and the breakthrough of Jesus will start to run through the streets and through the houses affecting all the people of Cobham.

Where are we now?

We meet every Sunday to worship God, speak the word, pray for one another and see his Kingdom break in. We meet on Tuesday evenings to pray. We meet on Thursday evenings in people’s homes and alternate ladies night and mens night every other week.

Up until now we have been fairly nomadic there’s been four different locations where we’ve been meeting regularly: Cobham Village Hall, Downside Village Hall, Cobham United Reformed Church and the Methodist Church by an incredible grace of God and the incredible favour with the people we are now able to use the Methodist Church ongoingly from end of May through to September this year but we would like to pray for beyond September we would like to pray for the building to be released to us on a full-time basis whether that is us purchasing it or for it being given to us. We have a number of initiatives we would like to see unfold from the acquisition of such a building and we are very excited as a community of Kingsgate in Cobham.

We believe they could be the words listed below but these are not set in concrete! They are words based on our culture… 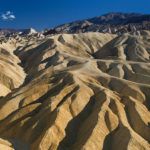 Come Away With MeAll Posts 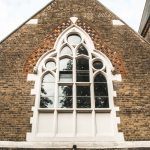