Last Sunday you may have heard the big news that we are bringing Carl and Bronnie Lunderstedt onto our eldership team and that, with them, we are preparing to plant a new KingsGate church community in Wimbledon village.

Here’s a video that tells the story.

We are so blessed to be able to bring a couple of Carl and Bronnie’s calibre onto our eldership team and we are excited about this new adventure into Wimbledon. To be able to love, impact and share the good news about Jesus in a more intentional and focussed way in another part of South-West London is an amazing privilege for us as a church.

We are not doing this though because we are bored, or because it is a church fad but rather because:

We believe that this is an opportunity that God has opened up for us. Hearing from God is never a perfect science, but as best as we can determine we as an eldership believe that God is in this and leading us in this direction.

We believe that the planting of church communities is a powerful and effective way of impacting cities with the Gospel.

We believe that the planting of church communities is also vital for the health of KingsGate. By early next year the KingsGate family will consist of four congregations meeting over three sites. As exciting as this is, we are aware that we face challenges as we try to find the rhythm of being one family over an increasing number of different locations. However, the challenges are nothing compared to the rewards and we face the challenges and reap the rewards together.

This is not a story about KingsGate Wimbledon alone but rather KingsGate together. Everybody who calls Kingsgate home has a role to play in this new adventure and I am looking forward to being a part of it alongside you. 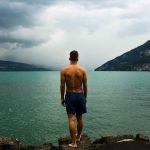