It’s Christmas time. What do we do about Santa?

When our kids were young, Amber and I decided to let the Santa story run its course. Our kids believed that Santa was involved with Christmas and that he somehow magically arrived every Christmas and left all sorts of gifts with cards written with hand-writing remarkably similar to Mum’s.

Santa evokes a broad spectrum of responses from Jesus-following families.

A number of years ago, I read a very helpful article by a pastor from across the pond. I found it has helped me in deciding what to do with cultural issues that crop up all the time. So, I have borrowed heavily from him for this article as there is no point in trying to improve on a good job! Santa is one of those cultural issues. When it comes to him, we have three options: We can reject it, we can receive it, or we can redeem it.

On the one hand, to entirely reject it is to run to the risk of isolating our kids unnecessarily, particularly when, eager to share this new inside information, they announce to their nursery class that “Santa does not exist!” There are many, far more significant issues that our families will need to courageously stand up for. Do you really want Santa to be one of them? I know someone who teaches at a ‘Christian’ school where everything in the realm of fantasy is completely banned. I’m not sure that is a heathy model.

On the other hand, to simply receive and completely encourage the whole narrative doesn’t feel right because there is a whole lot of myth layered upon a true story. I understand why some parents are wary of this. How do our kids then tell the difference between the historical events of Jesus’ birth – angels appearing to shepherds, wise men following a star and so on – and the chubby guy with a white beard and a red suit leading flying reindeers through the night sky? We place a high value on truth and openness and we ask our kids to do the same. Speaking to, and behaving with, the kids as if Santa is 100% real could undermine this value. Why should they believe us when we tell them about Jesus who raised the dead and fed 5000 people with nothing more than the contents of a lunch-box?

There is a third way: redeem Santa. How can we do that? It’s quite simple really. The original Santa was a real person. He was actually quite an amazing person. But more about him in a moment. Talk to the kids about fantasy. Many people love to dress up and act like someone else: Princess Elsa, Spiderman, Iron Man, Frodo Baggins (must throw in a Lord of the Rings reference) and, of course, Santa! Engage the imagination. Not only is it fun, but I think it is an important part of their development.

So who is the original Santa?

Here is a summary of his life I borrowed from the aforementioned article:

Nicholas was born in the third century in Patara, a village in what is now Turkey. He was born into an affluent family, but his parents died tragically when he was quite young. His parents had raised him to be a devout Christian, which led him to spend his great inheritance on helping the poor, especially children. He was known to frequently give gifts to children, sometimes even hanging socks filled with treats and presents. Perhaps his most famous act of kindness was helping three sisters. Because their family was too poor to pay for their wedding dowry, three young Christian women were facing a life of prostitution until Nicholas paid their dowry, thereby saving them from a horrible life of sexual slavery. He did this, it is said, by dropping a sack of gold coins through their window for three nights in a row.

A Bishop and Saint

Nicholas grew to be a well-loved Christian leader and was eventually voted the Bishop of Myra, a port city that the apostle Paul had previously visited (Acts 27:5-6). Nicholas reportedly also traveled to the legendary Council of Nicaea, where he helped defend the deity of Jesus Christ in A.D. 325. Although the council was very important, at times things got violent. The story goes that Nicolas got so agitated at one point that he got up and slapped the main guy proposing that Jesus, the Son, was not eternal. Yes, that’s right, St Nicholas – later to be immortalised as Santa – got up and slapped a guy. I wish there were a couple Christmas Cards with that image.

Following his death on December 6, 343, he was canonised as a saint. The anniversary of his death became the St. Nicholas holiday when gifts were given in his memory. He remained a very popular saint among Catholic and Orthodox Christians, with some two thousand churches named after him. The holiday in his honour eventually merged with Christmas, since they were celebrated within weeks of one another.

During the Reformation, however, Nicholas fell out of favour with Protestants, who did not approve of canonising certain people as saints and venerating them with holidays. His holiday was not celebrated in any Protestant country except Holland, where his legend as Sinterklass lived on. In Germany, Martin Luther replaced him with the Christ child as the object of holiday celebration, or, in German, Christkindl. Over time, the celebration of the Christ child was simply pronounced Kris Kringle and oddly became just another name for Santa Claus.

The legends about Santa Claus are most likely a compilation of other folklore and paganism that were built up over the years. For example, there was a myth in Nicholas’ day that a demon was entering people’s homes to terrorise children and that Nicholas cast it out of a home. This myth may explain why it was eventually believed that he came down people’s chimneys. Also, there was a Siberian myth (near the North Pole) that a holy man, or shaman, entered people’s homes through their chimneys to leave them mushrooms as gifts. According to the legend, he would hang them in front of the fire to dry. Reindeer would reportedly eat them and become intoxicated. This may have started the myth that the reindeer could fly, as it was believed that the shaman could also fly. This myth may have merged with the Santa Claus myth, and if so, explains him traveling from the North Pole to slide down chimneys and leave presents on fireplace mantles before flying away with reindeer. Who knows for sure?

The Father Christmas idea dates back to the 16th century England during the reign of Henry VIII. Then he was pictured as a large man in green or scarlet robes lined with fur. He typified the spirit of good cheer at Christmas, bringing peace, joy, good food and wine and revelry. As England no longer kept the feast day of Saint Nicholas on 6 December – being a protestant country and all that – the Father Christmas celebration was moved to the 25th of December to coincide with Christmas Day.

In the Victorian era Father Christmas became the emblem of ‘good cheer’. Back then his his physical appearance was associated with the famous image of John Leech’s illustration of the “Ghost of Christmas Present” in Charles Dickens‘s festive classic A Christmas Carol (1843), as “a great genial man in a green coat lined with fur who takes Scrooge through the bustling streets of London on the current Christmas morning, sprinkling the essence of Christmas onto the happy populace”. Thanks Wikipedia!

In the early twentieth century, shops began having Santa Claus present for children during the Christmas season. Children also began sending letters to the North Pole as the legends surrounding an otherwise simple Christian man grew. Finally, in the 1930’s, the Coca-Cola company got hold of the Santa legend and created the image of the large, cheery guy in a red suit – drinking Coke, of course.

In summary, Saint Nick was a wonderful man who loved and served Jesus faithfully. So, I think you can safely include him in your Christmas traditions to remind us of what it looks like for someone to live a life of devotion to God for the sake of others. Enjoy some of the myth, but inspire your kids with the truth. They might thank you for being both honest and fun, which might just be what Jesus wants.

Have a great Christmas. 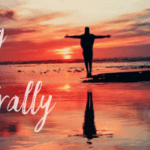 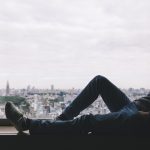 Get off the hamster wheel – Part 2All Posts, Culture, Sermons & Theology, Spiritual formation