I’m sure you can recognise the moment from the movies. There’s a bad guy of some sort… And he’s running down the street, thinking he’s getting away from the cops. He stops and looks around and thinks he’s free. He thinks he’s lost them.

And then you see it.

A tiny red dot on his chest.

And with that, either because of your military or TV experience, you instantly know that there’s a sniper on the top of some building somewhere and he has has the bad dude directly in his sniper sight. The character looks down, sees the red dot, and know’s that he hasn’t escaped the authorities.

The book of Jonah does something similar to this red dot.

Through it’s genius literary devices of humour, wit, double entendre, and irony, you are subversively drawn into the story and you initially share the neutral position of the narrator, quite likely critiquing Jonah’s disobedience. However, if you let the story sit with you and meditate on it, you notice that the red dot is on your chest, and you’re in God’s line of sight, being challenged by the very same things you were noticing in Jonah.

The story of Jonah is an exploration into the human condition. We would do well to spend time reflecting on the diagnosis, prognosis and treatment, as described on the pages of scripture.

Off the back of the sermon on 15th April 2018 in KingsGate Kingston AM, here are some questions for you to discuss with your Connect Group, or for you to reflect on personally.

To repent is to ‘turn’ or ‘return’ back to the way of Jesus for our lives. What do you want to repent of? Take a few minutes to process this prayerfully with God.

The bible instructs us to train ourselves for  for godliness (1 Timothy 4:7). The idea is like someone working out in the gym. We train to change and form ourselves intentionally over time. Spiritual disciplines are how the church for millenia has actively engaged with this process seeing our character formed into the likeness of Christ. These practices include silence & solitude, bible study & prayer, fasting & feasting, silence & solitude, simplicity, sabbath & rest, worship & service.  The idea is that over time, as we ‘train’, over time, we become less like Jonah and more like Jesus.

Prayerfully consider whether the Spirit is highlighting any practices for you to focus on. 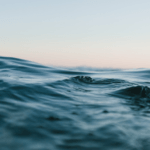 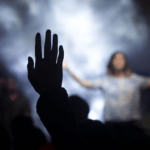