Imagine being forced away from your family, loved ones and friends for years, with no end in sight.

Imagine being stripped of life’s pleasures – the luxurious, and the simple – for endless months.

Imagine having no power to make any personal decisions –  like choosing when you go to sleep, or when you eat, or what you choose to eat…

No choice. No dignity. No freedom.

Imagining life like this is not just merely difficult for me. It’s impossible. And it’s unbelievable that for millions of people in the world today, their story is one of modern day slavery and trafficking.

In April, I had the privilege of travelling to Cambodia with International Justice Mission (IJM) alongside some other UK church leaders to see the incredible work IJM is doing to combat modern day slavery.

It was a weighty and emotional moment to sit and listen to the story of the man on the bike in the photo above. He’d been trafficked and forced to work on a Thai fishing boat in unbelievably awful conditions for endless months. We heard a similar story from another man who was at sea, enslaved on a boat, not seeing dry land for over six years.

IJM however, are miracle workers.

They are a bunch of Jesus-followers, refusing to accept how things are, leaning as best they can into God, trusting in His power and goodness despite the situations they see in front of them of darkness and despair, and they are seeing truly miraculous tangible transformation as God’s kingdom breaks in – one person freed from slavery at a time.

They told us countless unbelievable stories of people being trafficked, but later on freed and liberated!

We drove past a seemingly innocuous building with “Wonder Lounge” printed on the side: 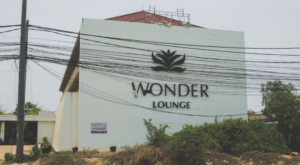 We were told that this was some form of club that had had trafficked sex-workers. However, IJM had been able to investigate the situation, prosecute the offenders, and rescue several (I think it was 17!) woman form enforced sex work!

One of the highlights was spending time with Sek Saroeun (currently the Director of Legal, IJM Cambodia,  and one of the most prominent lawyers in the country). Here’s a short video about him that’s really worth a watch! Here is an absolute hero!

Sek Saroeun gave us a guided tour through Street 63 in Phnom Penh. Years ago, he had worked as a DJ at a club on this street, which at the time was a ‘red light district’ with several clubs offering illegal prostitution – often involving minors. As we drove down the street he described what that street used to be like – saturated in sour darkness and shadowy evils. 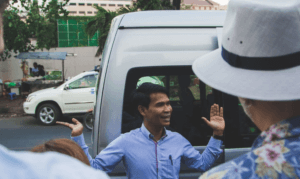 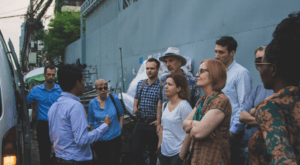 But… now…. After Seroen and the IJM team have worked in the area for over a decade, and have seen many women and children freed from enforced sex work, the street is bubbly and vibrant with restaurants and shops and families eating and laughing and kids riding their bikes on the street alongside our van. Unbelievable!

Sometimes when I’ve looked at the darkness that seems prevalent in our broken world, I feel frustratingly impotent in being able to bring about the world I want to see – the world I believe the bible points towards.

But engaging with IJM has reminded me that God is bigger, and his light is doing what it has always done – it’s shining in the darkness, and the darkness has not over come it! (John 1v5). The breadth of God’s kingdom is coming and is breaking in.

He’s the liberator of the captives.

What does He want from us? I think it’s an unwavering faith, a transcendent hope, and a sacrificial and patient obedience.

Click here for Clark’s full photo album from this trip.

Click here for more detail about IJM’s strategies and global work. It’s amazing to see the extent and scope of their impact.

Click here for an inspiring page of various heroes in Cambodia transforming the country. 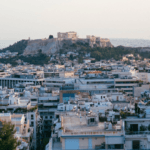 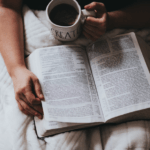